This article summarizes the results of functional imaging of meditation cognitive processes conducted with the University of Tuebingen in 2007, 2008, 2009, 2010 and 2013 using fMRI (Functional Magnetic Resonance Imaging) equipment.

The results give a neuroscience view on a number of Buddhist concepts and insights.

Validation #1: Existence and location of the four aspects of wordless awareness

The four aspects of wordless awareness were shown to be located in the following areas of the brain.

Wordless awareness is knowing without words. It consists of:

Cognitive awareness is cognitive self-awareness. It consists of: 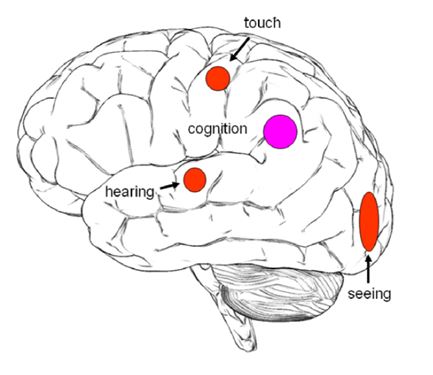 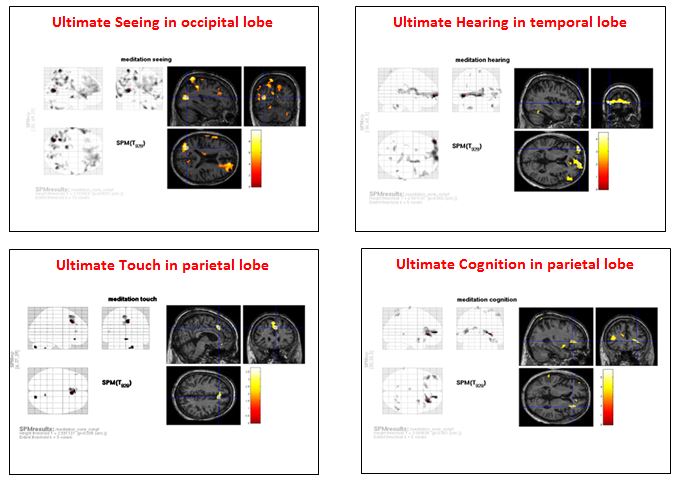 Validation #2: All four aspects of wordless awareness are activated when in meditation using bare attention technique 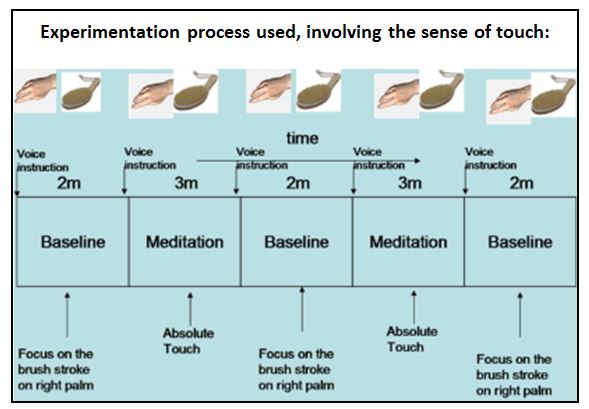 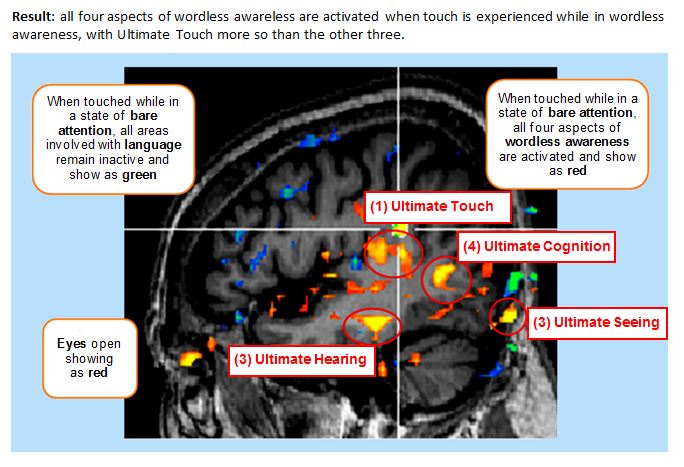 Validation #3: role of the precuneus during cognitive wordless self-awareness and its location

three relay stations of the brain (the reticular formation, the thalamus and the hypothalamus) to generate a state of complete stillness in all cortical and sub-cortical centers of the brain. This state of the brain is called the default mode network. The precuneus can be considered as the core of the brain. Its roles are: 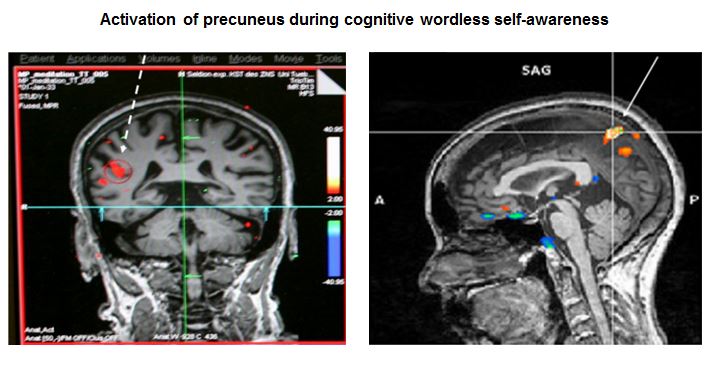 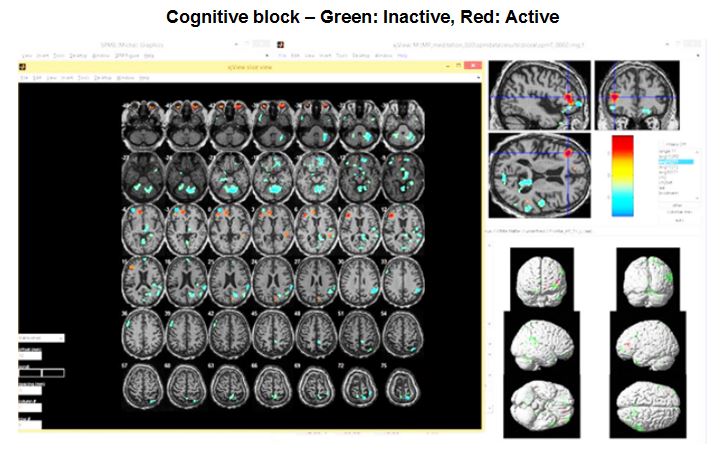 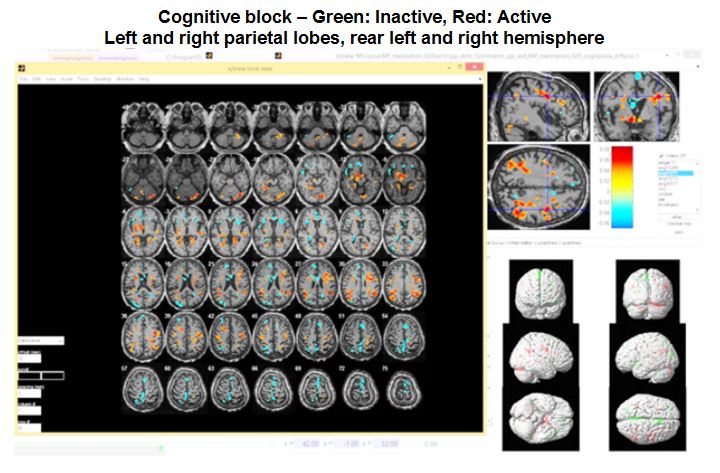 The language path consists of the following areas of the brain, located in the cortex:

Closely associated with language are the areas of the false mind: 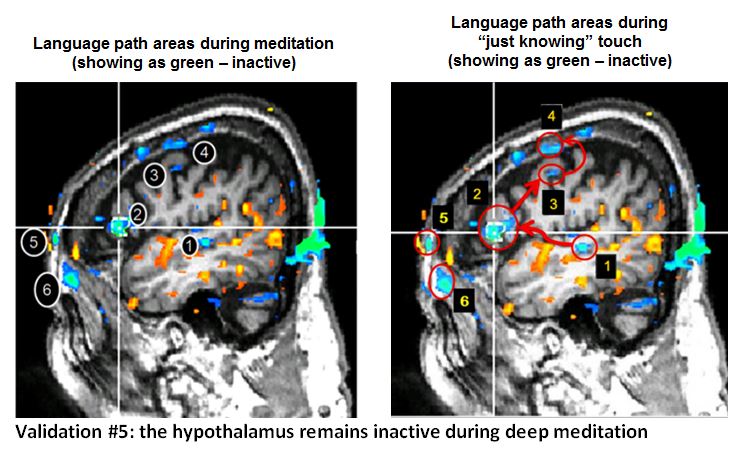 The hypothalamus, which is part of the limbic system, helps express different states of our mind – such as tranquility, anger, sadness, sorrow, envy, loathing, greed etc. It also links the mind and the body through the autonomic nervous system and the endocrine system.  During deep meditation, the inactive hypothalamus indicates that the mind and body are totally at rest. 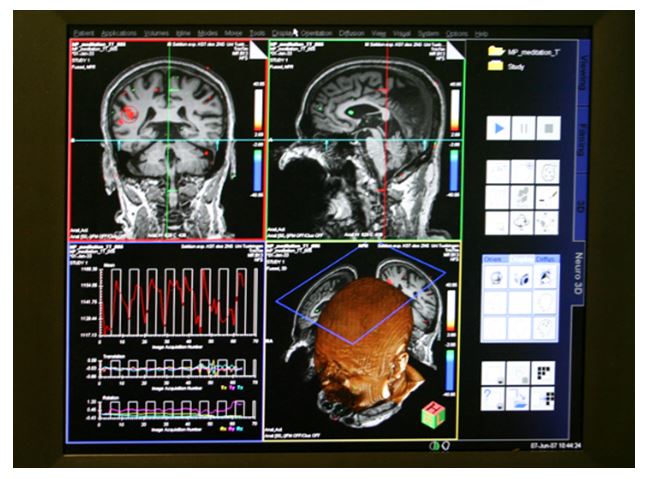 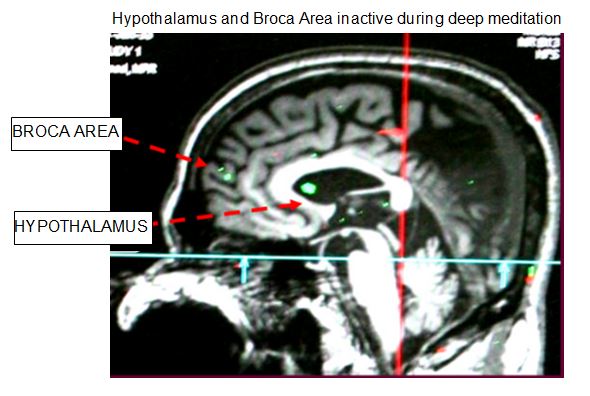 Validation #6: identification and location of elements of the false mind 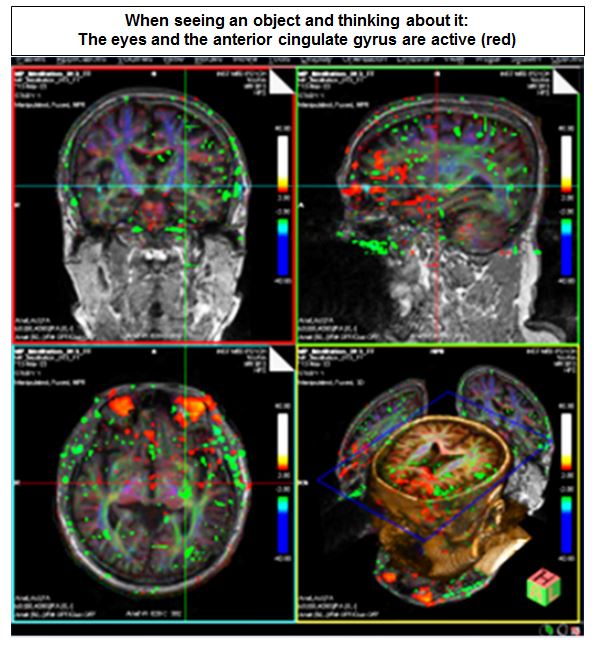 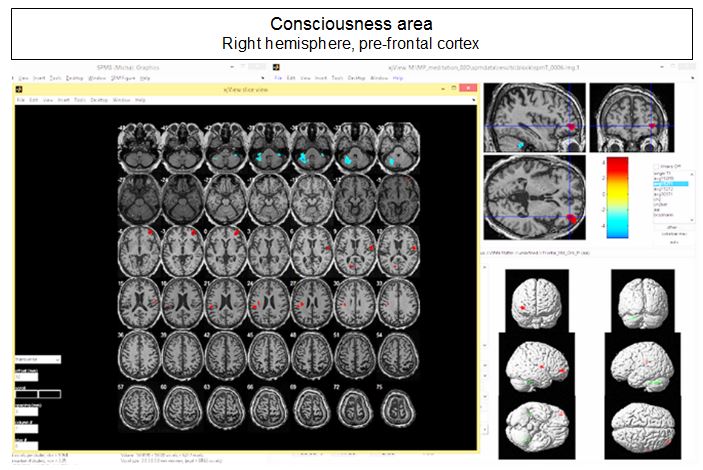 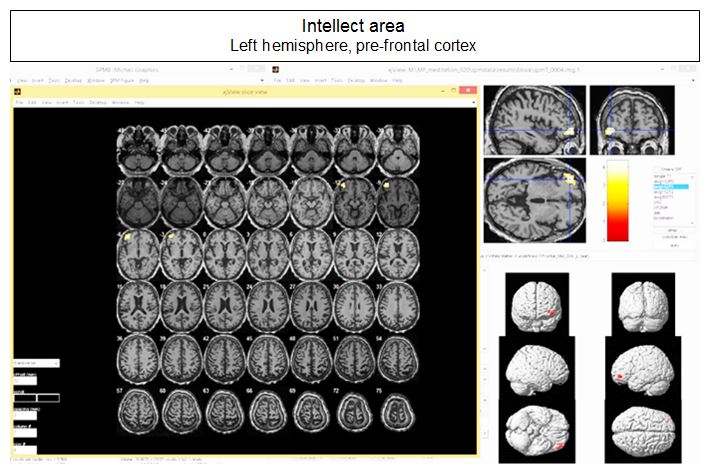 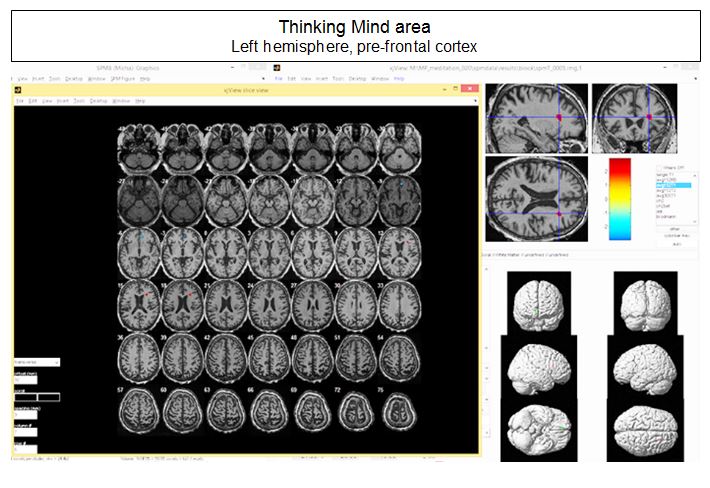 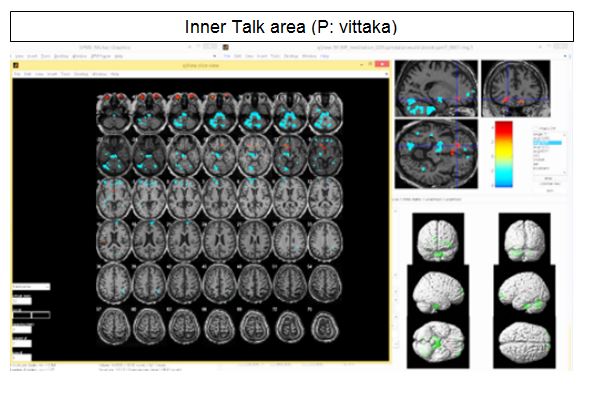 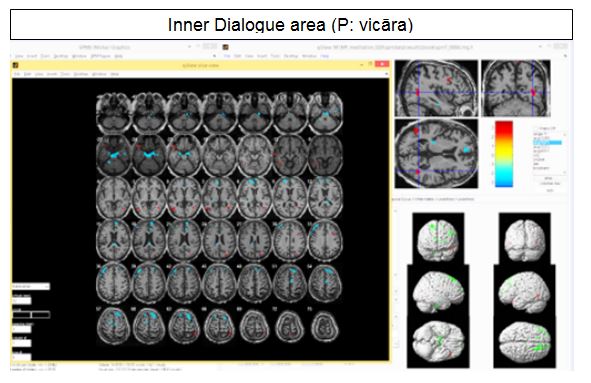 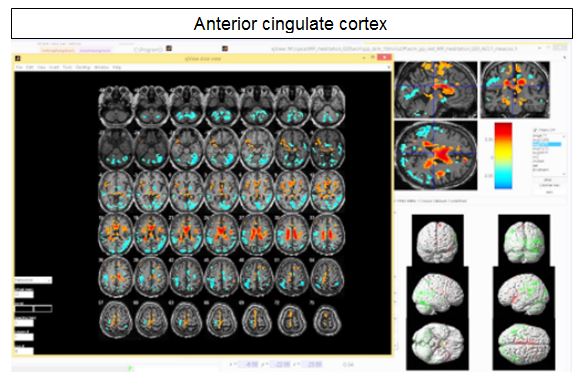 Validation #7: the four stages of samādhi experienced by the Buddha and their impact on the brain

The Buddha went through four stages of samādhi before attaining enlightenment.  The four stages are: 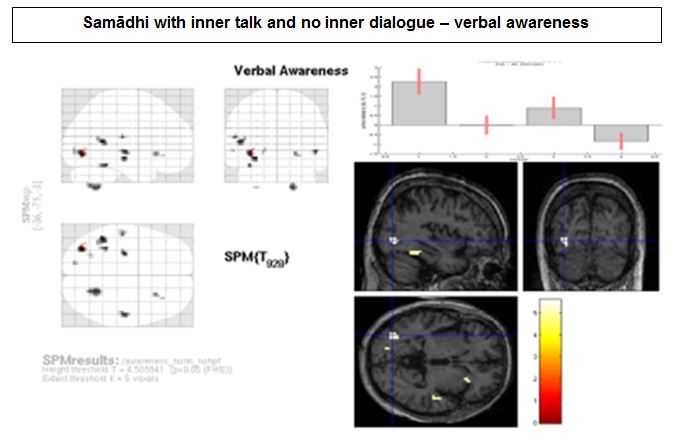 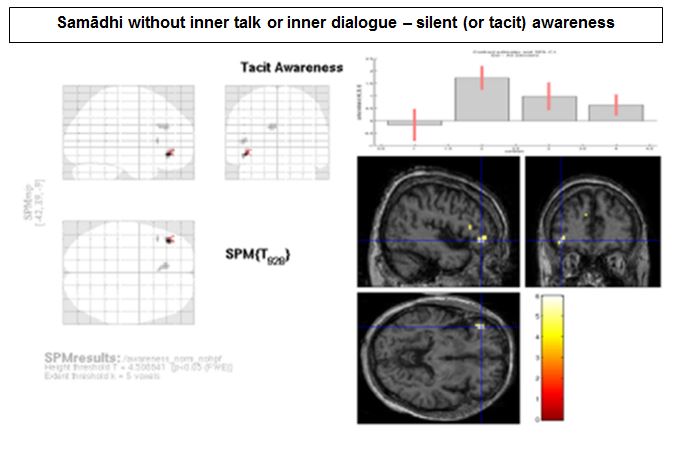 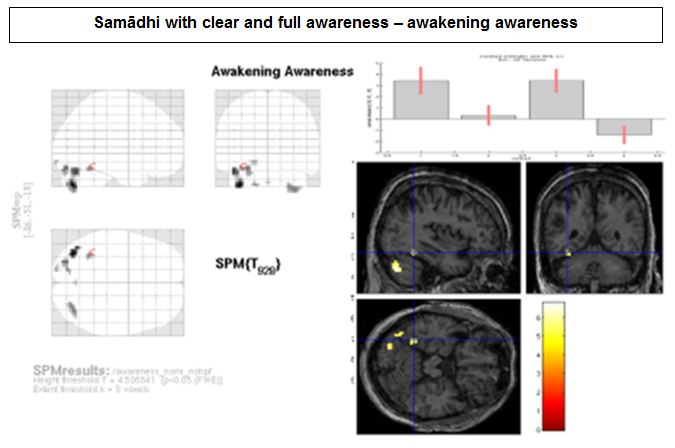 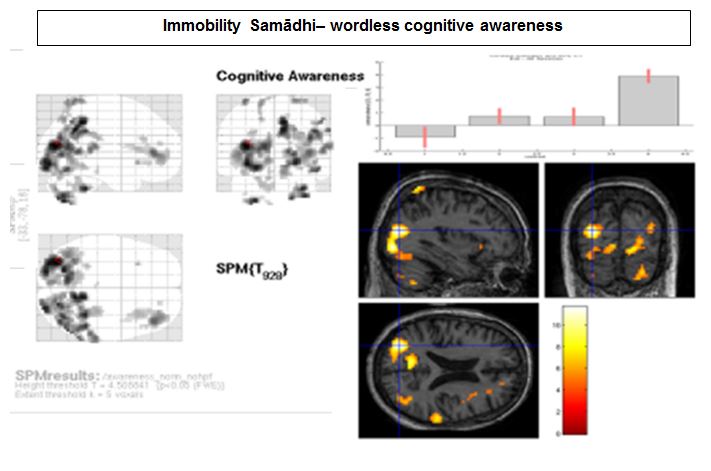