Note: this article was displayed at the Annual Meeting of the Organization for Human Brain Mapping (OHBM) in 2011 in Québec City, Canada

The word meditation describes practices that self-regulate the body and mind. Śūnyatā (emptiness) meditation stems from the Buddhist philosophy that signifies the impermanent nature of form; meaning that objects in the world do not possess essential or enduring properties. Śūnyatā meditation practice is aimed to develop an ability to avoid discursive (wandering, longwinded) thought, and instead acquire insight into the nature of reality through direct perception of the internal (bodily) and external (sensory) states.

In the present study, we conducted our experiments with fNIRS as it allows for noise-free measurements and upright, sitting position during meditation.

In the main study 8 participants with different extents of meditation experience (5-30 years) were measured using fMRI and in some sessions with simultaneous fMRI and EEG.

Two configurations of the NIRS optode sets were used: a 3×11 array (52 channels) placed on the occipital pole for visual stimulation on a LED monitor and two 3×5 arrays (44 channels) incorporated in an EEG EASYCAP and covering parieto-frontal parts of the head for auditory stimulation with earphones. 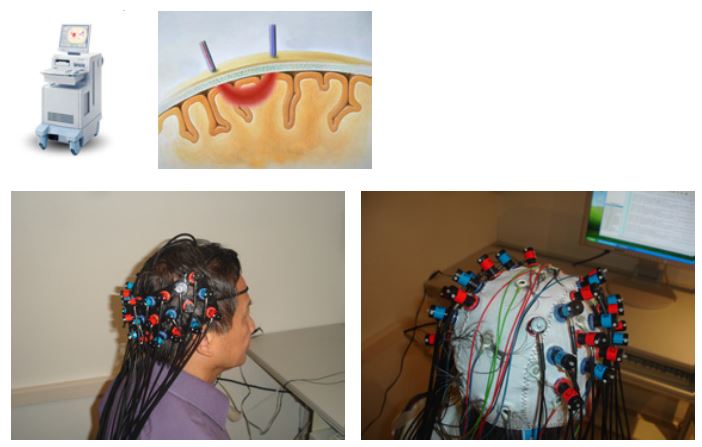 The meditation methods were natural seeing with constant visual stimulation (same pictures for corresponding baseline and meditation blocks) and natural hearing with auditory stimulation (sound of singing bowl every 12s).

In addition to the tasks with continuous stimulation, 8 alternating shorter on-off blocks of 30s were used, both for continuous normal thinking and continuous meditation. 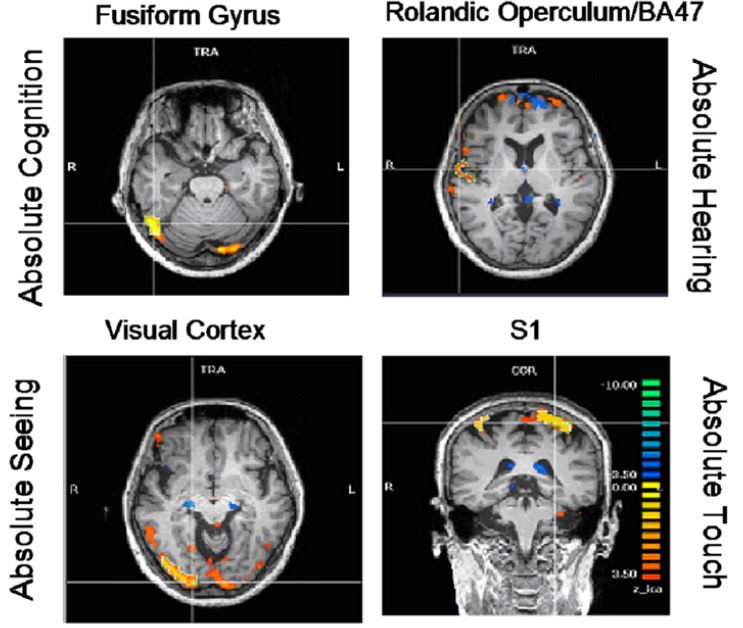 Meditation of the different senses, namely, absolute seeing, hearing and touch showed increased alpha power in duration meditation compared to normal thinking in the occipital, temporal and sensorimotor regions, respectively, in congruence to the fMRI results. 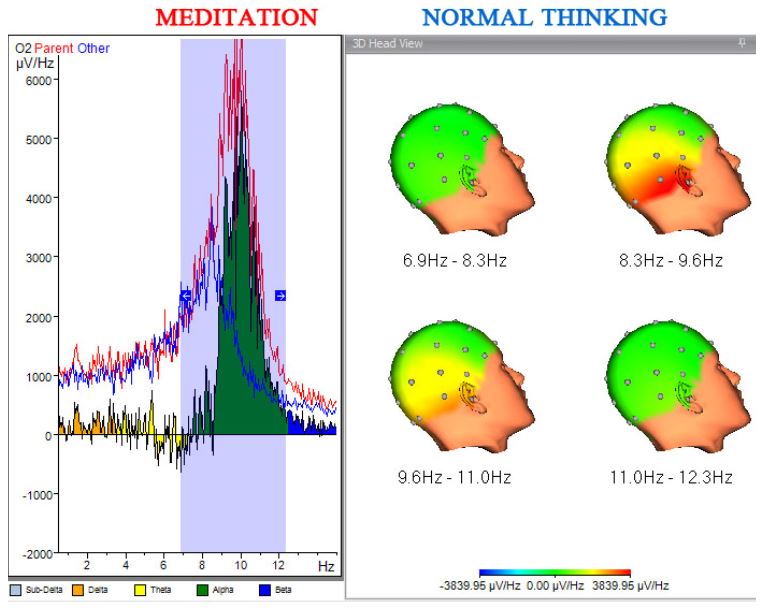 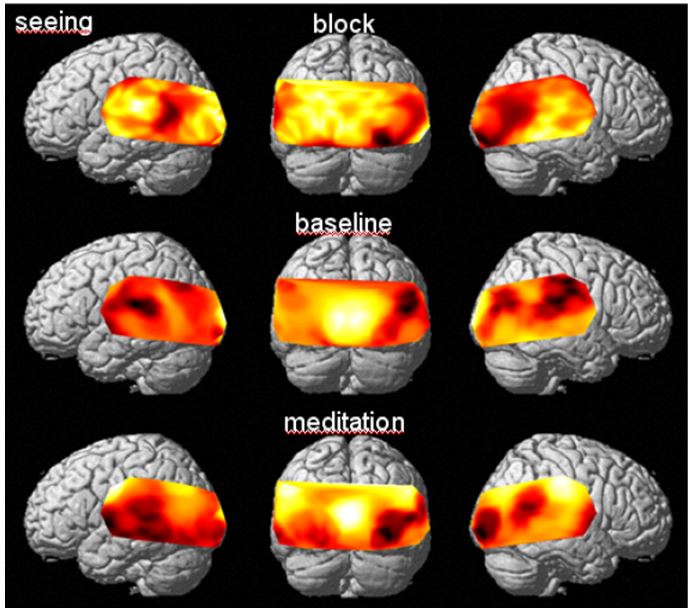 A similar pattern of activation was found for auditory stimulation (see Fig.2). 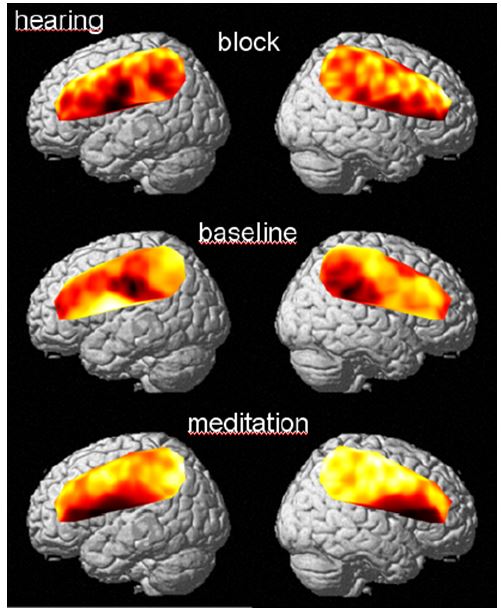 Figure 3 depicts spectra and power in frequency bands from EEG data analysis of the hearing experiments. The block experiment with constant stimulation shows enhanced power in the low frequency bands (delta, theta, alpha) while the participant was in a meditative state (peak at 8.25 Hz: 15 vs. 8.5; peak at 4 Hz: 4 vs. 2). 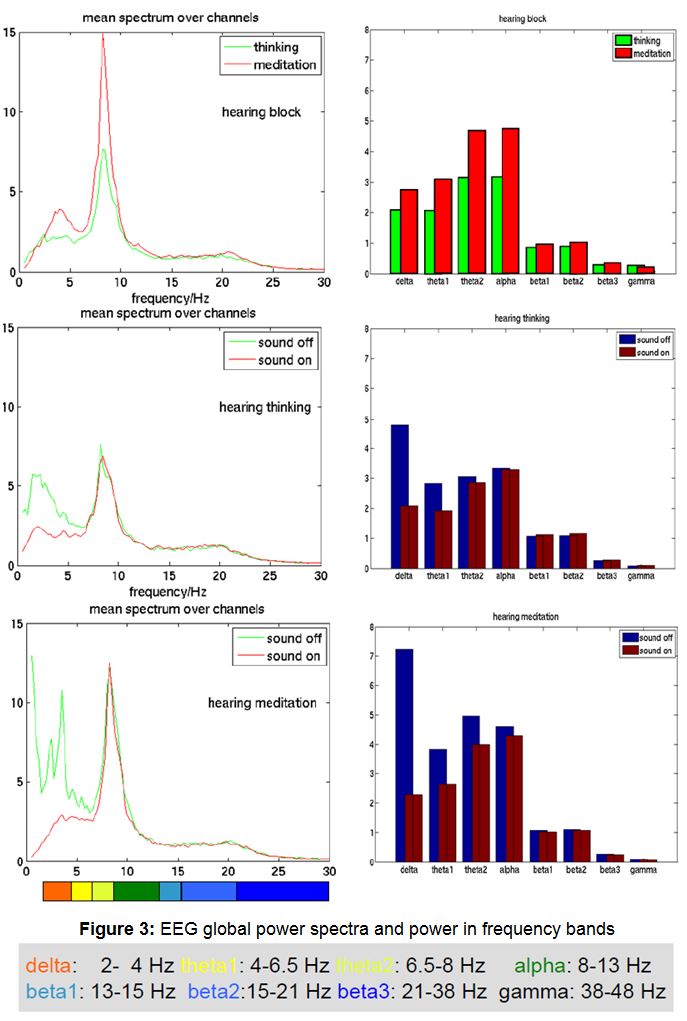 The two runs were auditory stimulation was switched on and off every 30s resulted in an activation peak at 8.25 Hz with a higher value (12) in the meditation condition compared to that of the normal thinking condition (7).

The direct stimulus effect is only visible in frequencies below 4 Hz. Here we found increased power in the periods without stimulation, which was again higher in the meditation run.